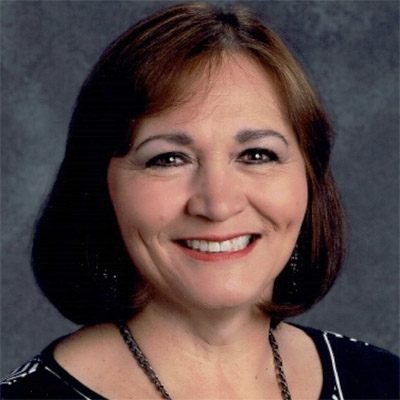 Rebecca Ibarra has been in education for 27 years in Granite school district located in Salt Lake City, Utah. She spent twenty years as a nationally recognized classroom teacher and winner of several awards, one of which was presented to her by Eunice Kennedy Shriver as a “Leader of the Year.” Her next challenge was to be an administrator for the district and served as an assistant principal in four different middle schools over the course of seven years where she became more aware and involved in the MESA clubs that were operating in those schools. She was active in the observation of events and offered support to help her schools and students with their MESA activities and goals. As a Latin-American female, Rebecca was very effective in the recruitment of girls and minorities to the MESA program.

As an educator and the daughter of two immigrant parents, Rebecca Ibarra was a great candidate for her newly assigned position as the associate director of the Department of Educational Equity in Granite district, which is responsible for the MESA program. Rebecca has always been an advocate for women and minorities and has accepted her new position with excitement and gratitude. In this assignment, Rebecca has taken on the responsibility to carry the MESA program, in the district and the state to new heights. She is working with a team of dedicated MESA leaders in the state who will guide and direct her as she works to increase the number of participating districts within the state of Utah.